"Scrimia Antiqua" is a 60+ pages volume including the history and evolution of weaponry from the rise of the Roman Empire to the end of the 18th century. I’ve made a thorough academic research on nomenclatures to be sure of the accuracy of the findings, supported by teachers and historians of the main fencing academy of Rome “Accademia Romana d’Armi”. 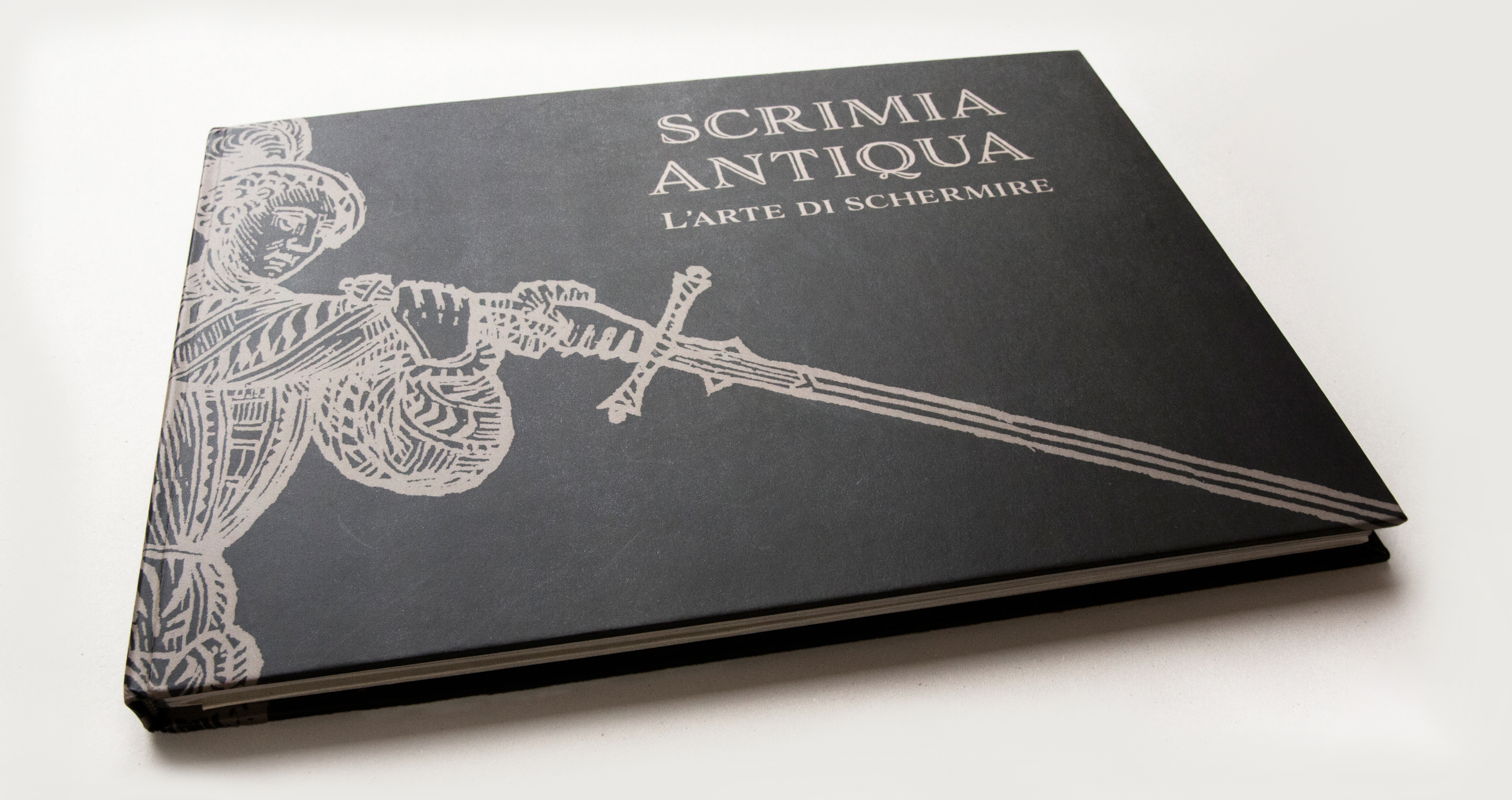 This volume has a hardcover binding to increase its quality. It has a very flexible grid with 12 columns, with more than 100 cut out images. Each chapter has a general introduction of the era, explaining how weapons were used, the technical terminology of each component and the historical period when they have been in production and in use. The color palette changes with each chapter and I’ve chosen pale pastel shades to convey an antique flavour.

Captions and describing the object

I have used two different styles of captions to distinguish between nomenclature of the object and additional information. This example is from the armour chapter. 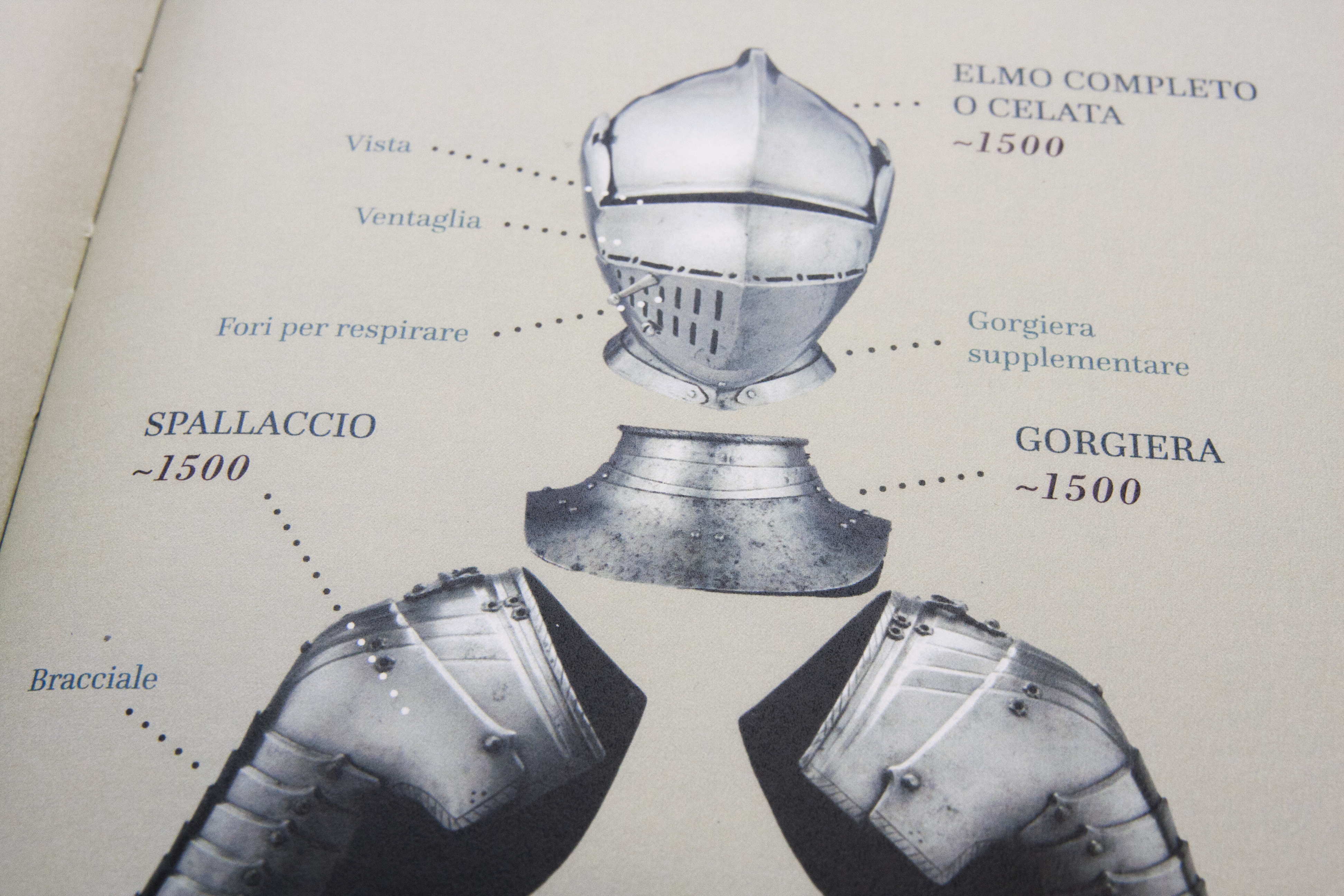 The last page of the volume holds a foldable infographic poster, showing the evolution of the sword from the medieval period to modern fencing. On the left side, there is a visual summary of the terminology used to describe rapiers and the evolution of sword sizes during the centuries.